Newest, beautiful, single women now added for week of Wednesday, 23 November, 2022 - Tuesday, 29 November, 2022
Your opportunities here are truly worldwide. Explore our site deeply to see how you can realize that! 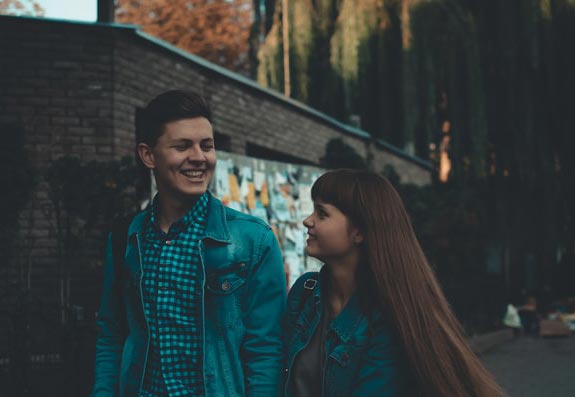 Know the difference between love and infatuation.

Some people find it hard differentiating between love and infatuation, especially for those dating Ukrainian women. We get it - it’s difficult, up until someone spells it out for you. If you don’t want to waste your time on someone who isn’t on the same page as you, know both of your priorities first.

Let’s explain what infatuation is first.

Infatuation is all about passion. You’re wildly attracted to this person, excitement courses through you when you see them, the nightly intimate activities are amazing, etc.

While infatuation may feel good and result in intense physical attraction, it can also come with unrealistic expectations. Infatuation does not always promote the best mental health outlook for the long term. Relationships with a love at first sight aspect can often be just a fling.

Meanwhile, real and romantic true love is not only all of the components found in infatuation, but there is also intimacy. There is trust, there is support and most of all there is friendship. Thinking about the pros and cons of marrying a Ukrainian woman, you need to determine that there is real love there first.

Ukrainian women want a real man that can take care of them and protect them. They believe that real men should be serious about anything, including the involvement of relationships. What I’m trying to get here is that a real man shouldn’t just date a girl for the sex. You should know what you want and where you both stand as a couple.

If you are with her for the physical aspects, then some women who are looking for husbands may not be as interested.

Ukrainian dating culture is heavily influenced by their history, one of which leaves the women there in a not-so-great situation. They are very family-oriented because of the cultural bias they grew up with, despite it having changed since the 90s. They turn to western men because of the unfair women to men ratio, especially when those above 30 years old are considered to be “old” and “undesirable” to the men in Ukraine, which I personally think is garbage.

The fact of the matter is that dating Ukrainian women doesn’t just take some flimsy infatuation. They are scared of being left behind by men since it was ingrained in their culture that women cannot survive without a man in their life.

If you want a real relationship with real romantic love in it, protect her. Make her feel safe and protected. Spend time with her and be her friend.

Dating Ukrainian girls isn’t just going to be about physical intimacy. When you meet in person, show her a good first impression.

Ukrainian women for marriage need reassurance that the man they want to spend the rest of their lives with can take care of them and is serious about the relationship. They will put their husbands as their main priorities above all so expect to do the same for one when you marry your love.

Specific Differences Between Love And Infatuation

Now that you know what to expect and what is needed of you when it comes to your romantic partner, it is now time to determine if what you have with her is the real deal or not.

A Craving To Meet Her Is Infatuation

Have you ever found yourself unceasingly smiling? Do you talk about her to your friends and relay how romantic things have been? Have you been giddy? Has she been giddy as well and feeling the same as you have?

If yes, that’s fantastic! However, it’s not everything.

Like stated previously, infatuation is very much deeply rooted in passion, lust and excitement. It could be intoxicating and you may crave to be with each other physically for as much as you can.

We understand that dating Ukrainian women can do that to you, seeing as they are known to be extremely attractive and loving. But know that if you two aren’t even each other’s first phone call on a bad day, or if you are not willing to tell her your problems in fear of burdening her, then it hasn’t evolved into love yet.

Feeling Comfort And Safety Around Her Is Love

You know the adage “Love is patient, love is kind. It does not envy, it does not boast, it is not proud. It is not rude, it is not self-seeking, it is not easily angered, it keeps no record of wrongs. Love does not delight in evil but rejoices with the truth.”

If you fall in love, you will know. You will feel completely supported and are able to open up regarding your deepest secrets and darkest fears.

Being with them, you feel their presence. The moment you feel like everything is going to be okay when you’re around her is when you have fallen in love. Embrace the feeling.

What To Do If It Is Indeed Infatuation

Again, infatuation is not a bad thing. This just means that your relationship is in its early stage. That’s another way of saying that you both will have to “do the work” to get to love. As long as you two are open for falling in love, then there is nothing to worry about.

In the meantime, prioritize meaningful date nights. A date or an activity that involves conversations will help you two get to know each other.

Asking some probing questions also helps. Don’t be afraid to venture further from day-to-day questions and ask each other some real ones.

Talk about the commitment you two are willing to go through.

Do you both want children? What does she think about marriage? What about travelling, are you both open for that? Go ahead and ask deeper inquiries about each other.

Now, here’s the most important part -- asking yourself if she really is the one.

Well, that really is up to you, isn’t it?

If she makes you happy, not just in the physical aspect but also the emotional, then hold on to that. Imagine yourself being married to her and having kids with her.

Is she really the one you want to have a life with until the end? Has your venture of dating Ukrainian women finally come to an end with her? If so, then I don’t see the problem here.

Newest, beautiful, single women now added for week of Wednesday, 23 November, 2022 - Tuesday, 29 November, 2022
You have to meet the women to marry them! What other international dating site offers you numerous opportunities to do that?