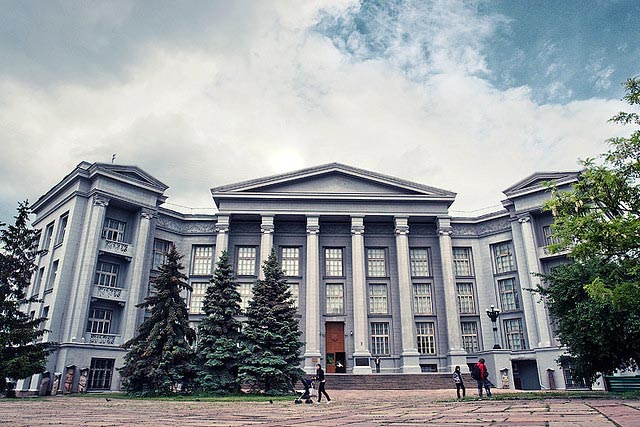 With such a rich culture and heritage, it is no wonder why Ukraine has plenty of museums. One simply isn’t enough to showcase the country’s storied history. These museums also show that there’s more to Ukraine than meets the eye. Some of the more bizarre museums include a haunted house, a comprehensive history of toilets, and an open-space traditional house.

Indeed, these museums shine a different light on the country’s culture. Thus, here are 5 museums in Ukraine that you shouldn’t miss visiting:

Visiting this Museum will surely guarantee a great Ukraine experience. This historic and neoclassical building was designed by Wladyslaws Horodecki. This spacious museum has a wide-ranging collection of Ukrainian paintings from different eras (even as recently as the 20th century). There are also rare pieces of art and priceless treasures rescued by former President Victor Yanukovych exhibited in the museum. To get a taste of the arts scene (and other aspects of Ukrainian culture), this is definitely the museum to visit.

Great Patriotic War museum is located at the base of Rodina Mat (a monumental statue in Kiev). It was built in 1981 to honor the defenders of Kiev who fought in the Great Patriotic War during World War II. This museum was just recently renamed the National Museum of the History of Ukraine in the Second World War. Undoubtedly, this was the first ever museum to tell of the story of the bloodiest war in the 20th century.

Pirogovo Open-Air Museum is the largest open-air museum in all of Europe. It covers 1.3 million square meters and reveals Ukrainian tradition which dates back hundreds of years ago. The entire museum is composed of windmills, watermills, traditional sauna, a church school, village administration buildings, a priests’ mansion, cafes, huts, and barns. You will also get to see traditional houses from the 16th to 20th century. If you tour this place, you can imagine how the locals lived in Ukraine many years ago.

The State Aviation Museum is a great place to take a Ukrainian woman out on a date to. Even if you are not into aviation and aeronautics, you will still have a great time looking at the exhibits. If you want something a bit unusual, this museum is a must-visit. In here you can see all sorts of fantastic-looking aircraft, including fighter jets, passenger planes, helicopters, and more. This is the largest historical and technical museum of its kind. Some of the aircraft you can find here was once in the service of Soviet Air Force. Way back in 2003, the museum had 33 planes and helicopters. Now, it has more or less 90 aircraft on display.

Pharmacy Museum, also known as “Under the Black Eagle,” is the oldest operating pharmacy in Ukraine, which now offers a fascinating walk through apothecary history for its patrons. It is painted with symbols of water, fire, air and earth. Technically, it has 16 rooms showcasing different historical eras of medicinal care. You just pay a small amount of money for its entrance fee and you will get to see a room full of antique pharmacy equipment from the 19th and 20th century.

Museums are also ideal places for dating. If you are dating a Ukrainian woman, then any of these museums are worth visiting. She may even serve as your impromptu tour guide.